I didn’t exactly intend to go to Montréal this year.

I’d been thinking about travel a lot. I decided early in the year that I’d been limiting myself to day trips for too long and had to make real travel a priority, but none of the trips I was planning were quite feasible yet.

But the summer brought a bit of an existential and creative crisis, and the wanderlust that’s always buzzing in the back of my mind got overwhelming. I really needed to be someplace else, preferably someplace unfamiliar, utterly on my own, for just a few days. Montréal seemed ideal—affordable, just different enough to get me out of my rut, and close enough that a weekend trip made sense. 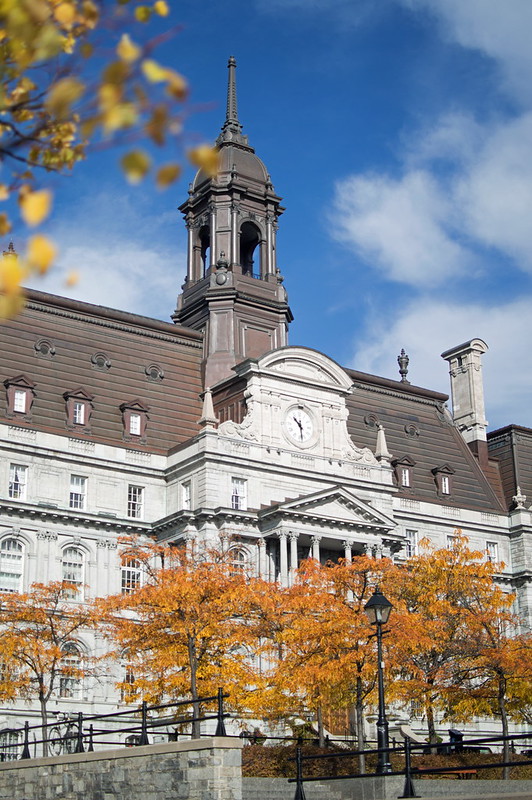 Yeah, I had one or two moments when my introversion got the better of me and all I wanted to do was sit in the hotel room and watch tv. I didn’t get through half of the things on my wishlist. And, apparently, I’m terrible at buying souvenirs. (I tried. Really. But all I came home with were photographs. Which isn’t a bad thing, but still feels a bit absurd.)

But I spent three days wandering around a new city, all alone. I got a little bit lost looking for an ATM. I took a bunch of photos, and I drank amazing coffee. I got mistaken for a local at least once. I struggled with my French, but not as badly as I’d feared. I confirmed my long-held belief that I really need more than three days in a city (a week might be ok, but I doubt it). I remembered why I take photos, and why I want to make cool things.

A few days before I left, I mentioned to someone that I was a little worried that the trip wouldn’t actually take the edge off the wanderlust I’ve been feeling, that it would amplify it instead. And, yeah… that kind of happened. It reminded me, on a real, visceral, level, that it is actually travelling I’m in love with, and that I wasn’t just feeling a vague sense of nostalgia for other trips I’ve taken.

Which means it’s time to start building up my travel fund again. 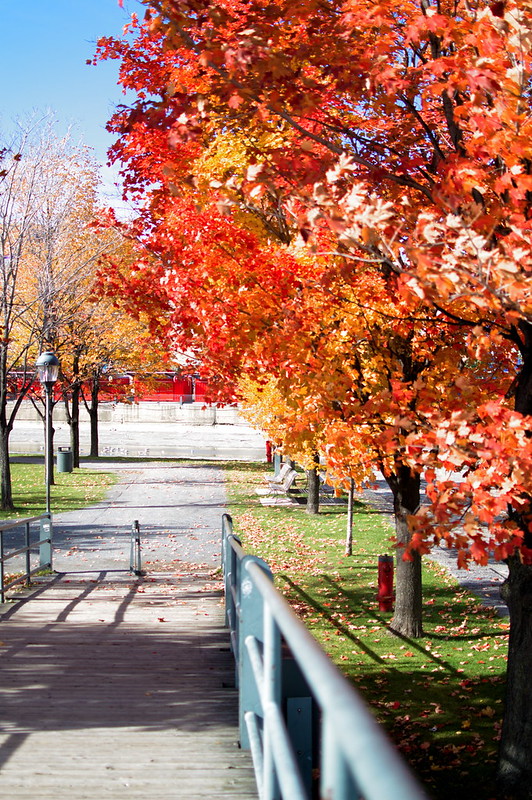 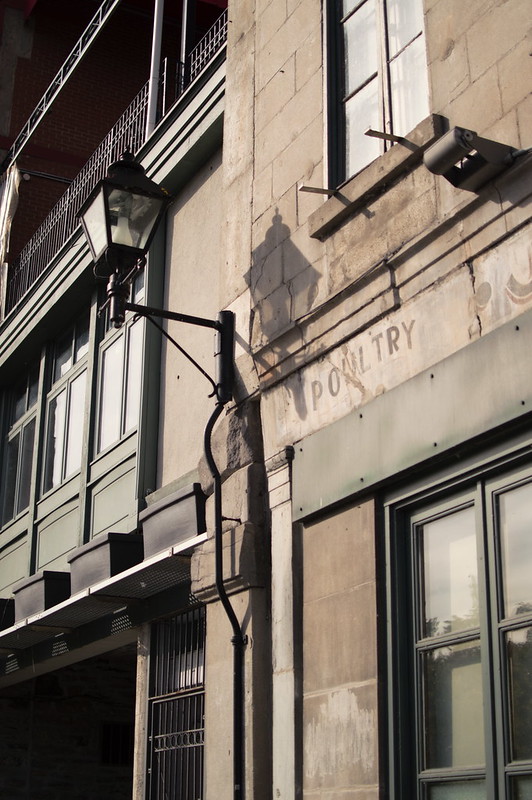 (I’m still going through my photos, and will be adding more to the Flickr gallery.)

Where I Stayed: Le Relais Lyonnais is a tiny, comfortable hotel, perfectly located on rue Saint-Denis—reasonably close to Old Montréal, surrounded by dozens of cafés and restaurants, and an easy walk to major transit lines (including the airport shuttle). I loved it—crisp, modern rooms in a cozy, Victorian building—though for a longer stay I might choose a place with more on-site amenities. I do wish I’d been there just a few weeks earlier; I was upgraded to a third-floor suite overlooking the street, and the balcony would have been amazing on less autumnal mornings.

What I Ate: It’s weird. Montréal is a foodie’s dream. And I really wanted to take advantage of that fact. But I didn’t, not really. I almost had too much choice—on the rare occasions when it actually occurred to me to eat something (it turns out that, if I’m not at least a little bored, I have to be really hungry before I notice), I got overwhelmed by my options and resisted making any kind of decision. And it doesn’t help that I don’t actually like poutine or smoked meat, so those ‘must-try’ options weren’t on my to-do list. 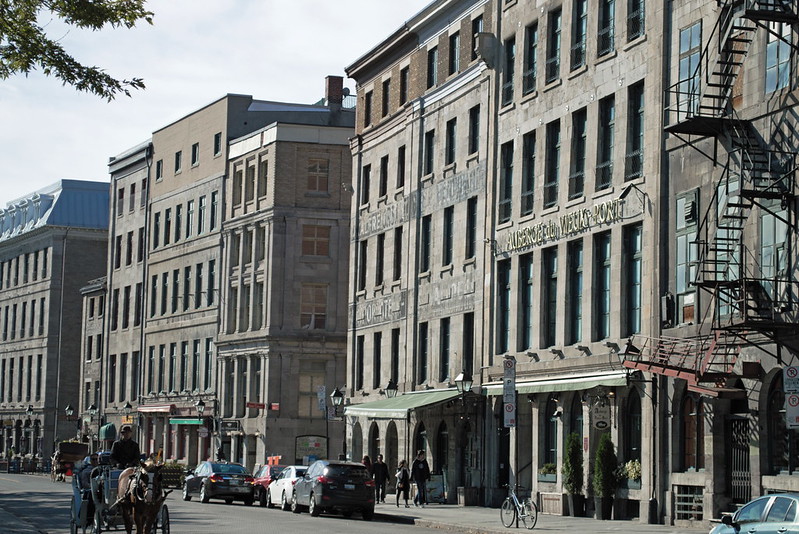 However, I do like bagels, particularly Montréal-style bagels, and that definitely was on my list. (If you’re expecting New York-style bagels, you’ll be disappointed, but I’ve always preferred Montréal-style, on the rare occasions I can get them fresh.) Thankfully, Hinnawi Bros. Bagel & Café was only a short walk from my hotel, and it turns out to be a busy and comfortable little café with a great view of the street for people-watching. I probably should have felt a little guilty about the amount of Nutella on my breakfast bagel, but… I really didn’t. It was delicious and absolutely worth the mess.

For coffee, I loved Saint-Henri Micro-Torréfacteur. The cappuccino was smaller and stronger than I’m used to—which is a good thing (seriously, this was one of the top five cups of coffee I’ve ever had)—and I really wish my French was good enough to figure out what, exactly, was in the muffin I ordered. (By pointing at it. The barista was very nice about my terrible, terrible French. Everyone I dealt with was.) There was chocolate. And oats. And some molasses. Like a really good bran muffin, but I’m not entirely sure there was bran in it. And it was So. Good. 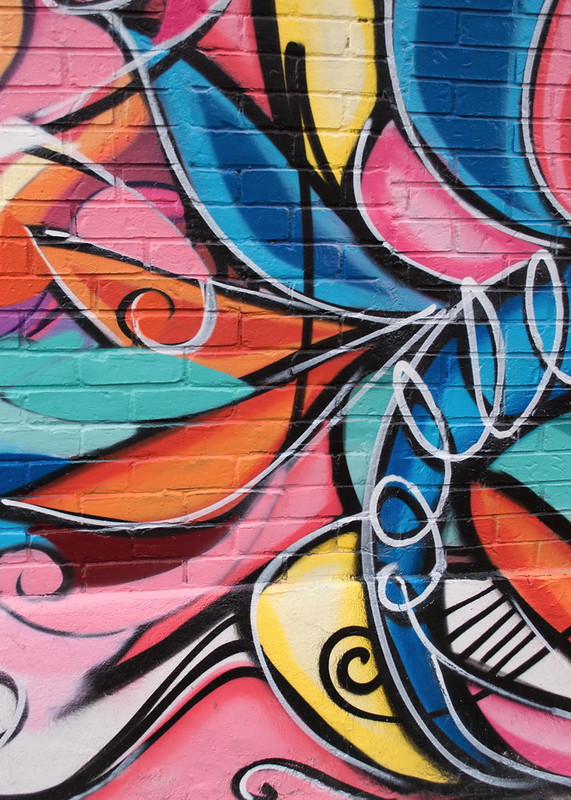 And while I might not like poutine, I do like fries, and the Belgian-style frites at Frite Alors! might be the best fries I’ve ever had. (I’d never actually had an opportunity to try Belgian-style fries until this trip, though I’d wanted to for at least a decade.) The grilled chicken burger was fantastic, too. Yes, it’s a chain, and I have no idea what locals think about it. But one of my favourite things to do in a new city is try fast-food places and chain restaurants that don’t exist back home. (That, and wander around supermarkets. Which I also did.) Fine dining’s great, but not something I’m interested in doing all the time, even on vacation. Plus I feel slightly less awkward sitting alone and playing with my phone while I eat in a casual restaurant than in a fancier place.