Recently, I started sharing updates and behind-the-scenes looks at the various creative projects I’m working on: writing, painting, photography, whatever works I happen to have in progress. It’s probably going to take a couple of tries before I figure out the format, but you can expect to see these Sketchbook posts on the last Monday of each month. Love it? Hate it? Have something else you’d like to see? Tell me what you think!

I got some new toys!

Specifically, I’ve needed to replace my circular polarizer for ages, and I finally got around to it. (I’ve had a couple of trips out over the last few weeks that would have gone so much better if I’d had a decent CP filter, so it suddenly became a priority.) And I got a new bag.

I do plan on going into detail on the bag, but it probably won’t be for a few weeks (or maybe a month or two). I want to take some time to get used to it, and fine-tune my setup a little bit before I give it a proper review. (It wouldn’t be fair right now. I’m still figuring out how to organize it so it holds everything I need it to—and telling myself that it will hold everything I need it to—and cursing the velcro bits that always seem to stick the dividers in exactly the wrong place.)

I’m hoping that the weather will cooperate over the next few weeks (it’s been such a rainy summer!), and I’ll be able to get out with my camera. I don’t have anything specific planned, but I need to use the bag in a real-world but low-pressure scenario, so I’m not scrambling to find things when I really need them.

Remember how I said that I have trouble writing dialogue-heavy scenes that don’t suck?

Don’t get me wrong—the scene I was referring to is still terrible. But I don’t think it’s terrible because it’s dialogue-heavy. I think it’s terrible because it’s just a terrible scene. Or I started writing it before I was ready. Or (and this is the one I think is most likely), I don’t actually need that scene. It’s filler, and doesn’t add anything to the story. I’ve written other dialogue-heavy scenes since then that are perfectly good. (Or, as ‘perfectly good’ as a first draft could be, which is not at all good, but with potential.)

I really have to get to work on that outline I keep putting off.

Two reasons: first, I don’t want to waste time getting frustrated by scenes that don’t actually need to be written. And, second: some of the scenes I’ve been working on lately are good, but I keep falling into the trap of treating them like short stories. They’re too long, or there’s too much resolution at the end. And while I could write this whole thing as a series of interconnected short stories, I don’t really want to. It feels too unfocussed.

But I hit a logical pause late last week, and I’m not 100% certain what I want to work on next, so I think I’m going to dedicate my writing time over the next week or two to coming up with an outline.

1. thinking… about font choices. Exciting, I know.
2. watching… an X-ray tech, an orderly and a cop all get distracted by the movie playing in the hospital waiting room. (Mostly, I loved that each one of them did a double-take as they passed, then stopped to watch the movie. Then realized what they were doing and carried on. And that the movie was Robin Hood: Prince of Thieves, of all things.) (Everyone’s basically fine, btw. Wasn’t at the hospital for anything serious.)
3. seeing… progress
4. finding… the absolute perfect sweater dress for fall. And winter. And basically every day once the temperature starts to drop.
5. waiting… for things that never happen. Frustrating.
6. getting… way too invested in the day-to-day life of the spider that lives just outside my window.
7. playing… with new toys. Camera-related toys, so you know I’m having fun.
8. hating… the humidity.
9. starting… to think about my Christmas baking. Already. (Note: I’m not planning it yet. But I’m getting ready to start planning it.)
10. wondering… why wallets designed for women are so freakin’ huge. It’s annoying. 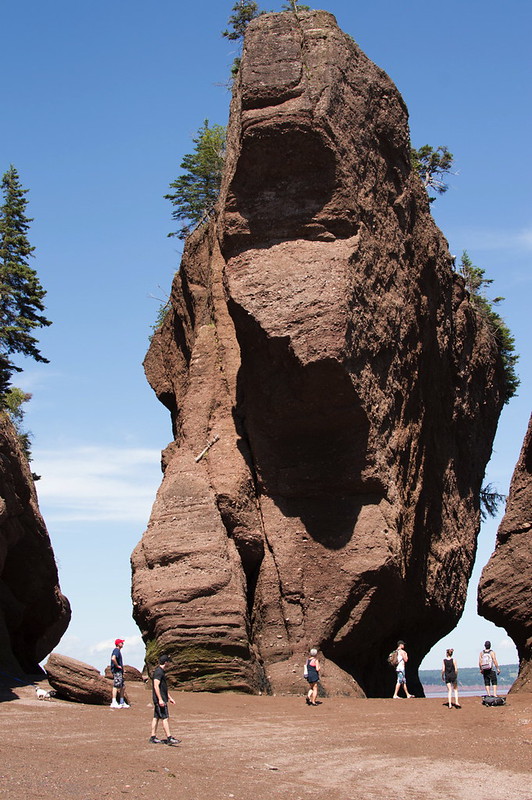 1. making… lists and charts and plans. Also ice cream.
2. looking… for a good (not too complicated) novel to read, in French. I’d prefer something written in French, rather than translated. (Though if the translation’s good, I’m open to anything.) Any suggestions? (Seriously—this is a bilingual country. It shouldn’t be this hard to find something.)
3. feeling… indecisive.
4. editing… my photos from a few weeks ago. Watch this space.
5. adjusting… my cold-brew coffee recipe.
6. getting… back to work. I was struggling a bit before I took a week off, but things are falling nicely back into place now.
7. thinking… about a couple new projects.
8. wishing… that certain scheduling difficulties would magically resolve themselves.
9. trying… something new with my hair. Not sure what I think, yet.
10. catching… up.

Contemporary art’s job is to wreck what came before—is there a better job description than that to aspire to?… Go out in the world and fuck it up beautifully.

‘On The Regular’ by Shamir

1. going… through all the photos I took over the last week. It’s been a good week.
2. feeling… tired.
3. wishing… that it would stop raining for a few days. (Looks like I got my wish… except now I get to complain about the humidity.)
4. trying… to remember that not everyone plans as obsessively as I do, and that that’s not a bad thing. (Though… for the important things, a little planning doesn’t hurt.)
5. planning… the next few months. I’ve got a lot of things I want to do, and if I don’t have a good plan of attack, I’m in trouble. (Er… didn’t mean for this to come right after #4. I guess I’ve kind of made my point, though?)
6. working… on a few new things for the blog.
7. finding… the minimalist clutch I was looking for. It’s perfect. And very pink. ♥
8. tidying… up my bookmarks.
9. getting… ahead of myself.
10. choosing… my next ice cream recipe.