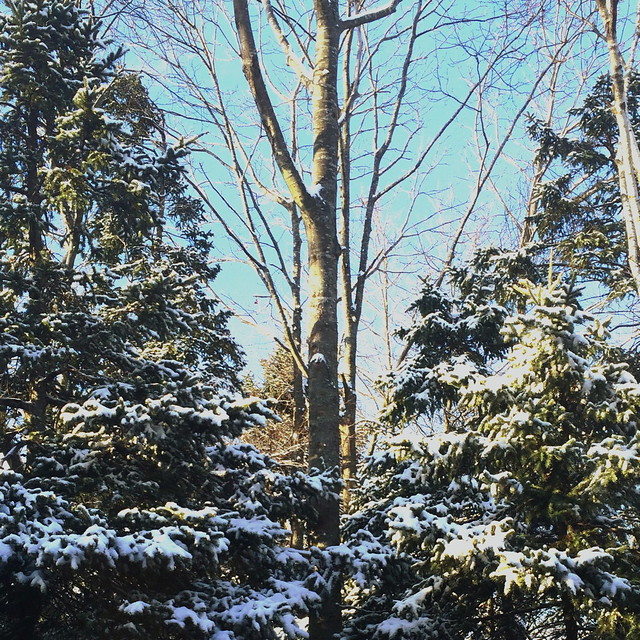 The start of a new year is always weird for me. I love the idea of a fresh start, and I love the process of figuring out new goals. But I always manage to freak myself out about the whole thing, too. (I’ve already had this year’s panic attack, so at least that’s out of the way.)

After taking a year off from the whole major-goal-setting thing (sort of), I’m ready to get back to it.

And, in the interest of making myself accountable, I’m sharing them with you. These aren’t my only plans for the year (I’ve got a few others that aren’t significant enough to mention here), and most of the ones I am sharing cover a lot of ground (I have several specific, measurable goals for the photography and web-related stuff), but these are the ones that really matter.

Find a New Workout
For someone who loathes most sports, and hates the concept of exercising, I’m actually pretty good about working out. To the point that I get a little anxious when I can’t stick to my schedule. (This is actually a chicken-and-egg thing, since one reason I work out in the first place is that it does wonders for my anxiety in general.) But the several months, I’ve been getting so bored with my current routine. I’ve thought about running, and I might try that (I’ve got a measured 5K route right outside my door), but I know that starting when the weather is so miserable is a mistake. I need to find something new and interesting ASAP.

Focus on Photography (Pun Not Intended, But Unavoidable)
With so much other stuff going on in 2014, I wasn’t able to give photography the attention I wanted to. But I have a very specific plan in place to get back on track in 2015. If you’re local to me (so, in the Canadian Maritime provinces), watch this space in the first six months of the year… I’m going to be making some announcements that might be relevant to your interests. If you’re not local to me… your announcements will be coming in the second half of the year.

Do Something With the Office
Ok, so. The entire apartment is still a work-in-progress. But the office is the only place where progress isn’t actually being made. Since the move, it’s become a catch-all, and it is not a place I can actually get any work done. This needs to change. I need to figure out what I want the office to feel like (that’s part of the problem—I have clear ideas for the rest of the apartment, but the office is a puzzle), and set about turning it into a place where I want to spend time.

Get my Digital Life in Order
I’m actually not unhappy with what I’ve been doing here on the blog. (And it’s the first year I’ve been able to say that, about any website, so… progress!) But while it’s a good start—there’s much more I want to do. I’m going to work on increasing post frequency, and I’m probably going to be looking at a bit of a redesign to better incorporate some of the changes I want to make. I also want to start paying attention to some of the social media accounts that I tend to neglect. (*cough*Twitter*cough*Instagram*cough*)

Read a Novel. In French.
For about a year and a half now, I’ve been actively trying to improve my French. And while I’m still a long way from being anything close to fluent, I’m a lot more comfortable with it than I was before (much more comfortable than I was when I was taking it in school). By the end of the year, I want to try to get through an entire novel. Probably a fairly short YA novel, and definitely with a dictionary at hand, but that’s the plan.

MAYBE Think About Writing That Thing
I haven’t written any fiction since early in 2014. And that’s a good thing—I was feeling overwhelmed, and obsessive, and perfectionism was kicking my ass. And I don’t want to go back to that. But, at the same time, there’s a story that keeps nudging me, waiting to be written. If I can figure out a way to work on it, and not drive myself crazy, I might try to do something with it. But it’s not a priority.